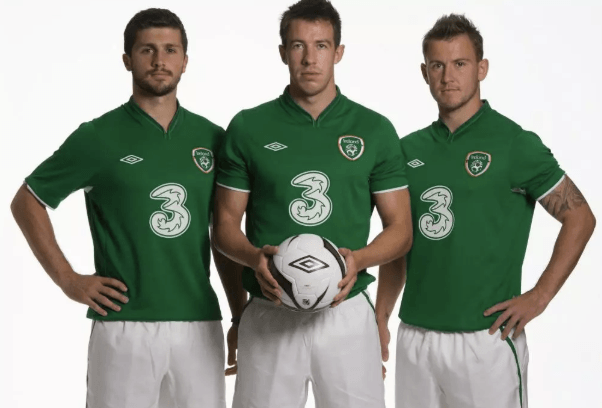 The Irish national team itself didn’t qualify for the World Cup, but you can find everywhere in the city excited people supporting some teams, or rooting against others. This happens for two reasons: first of all, Ireland has traditionally two other sports beloved for the nation, Gaelic football and hurling, and so football is not the priority of sports fans. On the other hand, Dublin is an international city, full of immigrants, workers and students, and is also known for being very friendly to everyone that arrives here. Therefore, everyone is just as excited with the World Cup as every person of participating nations.

The Green Army as the team is called by the Irish, participated at the World Cup three times: 1990 in Italy, 1994 in USA and 2002 in South Korea and Japan. Out of those three times, the best result was the first, when the team reached the quarter-finals. The team is currently 31 in the FIFA World Ranking, and its best position in history was in between the two consecutive World Cups, 1993, 6th place. Obviously, the Green army plays with a basic green kit, representing the country’s favourite colours.

Even though not traditionally having a successful football team, the Irish people follow the matches and support The Green Army no matter the end result.

Where to watch the World Cup Matches in Dublin?

In Dublin there are dozens of places to watch the World Cup matches, since the city has more than a thousand pubs. Almost every pub with a screen is displaying the matches, and even a few of them start special promotions. The most traditional places that every sports fan knows are The Living Room, D2 and Woolshed. If you are near the Temple Bar area, a good option is also The Mercantile, with 9 screens, The Lots, with big screens and 4 euro pints, and so many others. If you would like to try a different pub for every game, you can find an interesting list in the DublinTown website.

But if you would like to keep up with World Cup from home, or watch them with a couple of friends and a barbecue, www.rte.ie is streaming all matches for free. It is one of the best options as it loads extremely fast and only has one advert at the beginning.

Although the Republic of Ireland has not qualified for this year’s World Cup, it has not stopped our enthusiasm for football and we hope that all of the respective teams of our students at Castleforbes College bring you pride and joy no matter the end result!